Excluding everything related to the student strike (a much bigger and longer article can be found here). Here are a few activist yarn installations from this year, all photos from the intarnets are not mine: 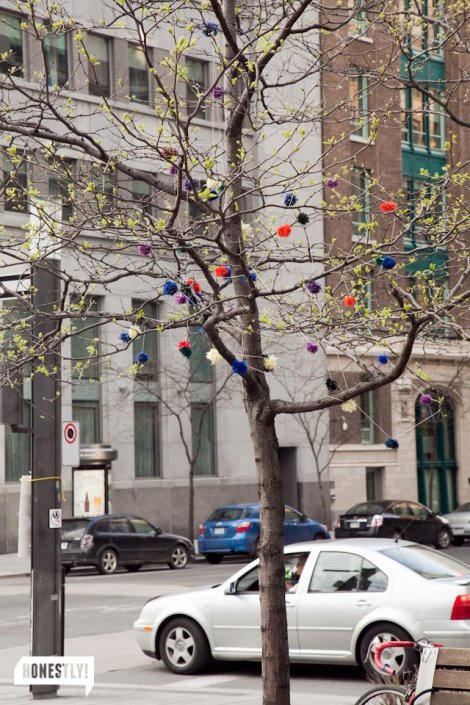 Occupy Montreal temporary camp on May 15th, by les Zartivistes

Autonomous neighborhood assemblies are being organized all over Montreal. These grassroots efforts have come together in the context of Quebec’s ongoing student general strike, as well as the neighborhood casseroles protests organized in defiance of the special law against student organizing and protests. 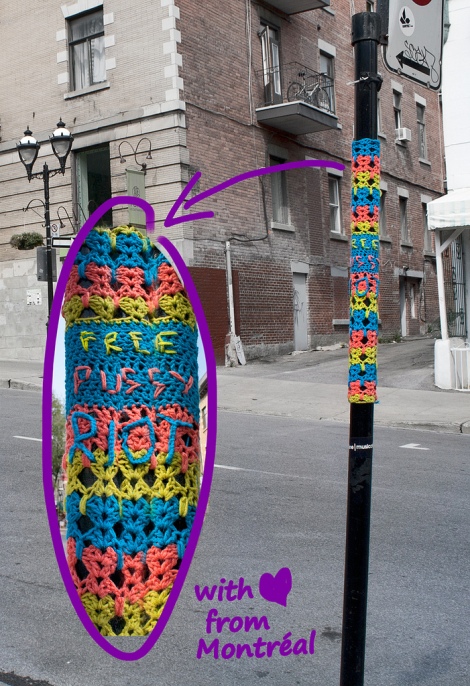 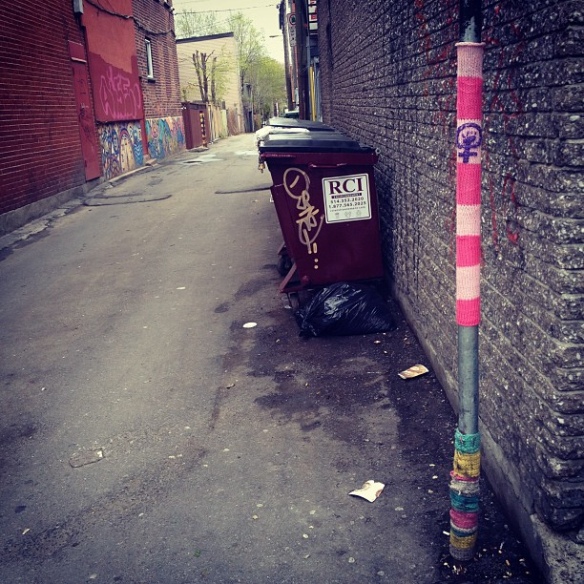 Error: Twitter did not respond. Please wait a few minutes and refresh this page.

A space for community

This website is meant as an effort to regroup and discuss all non-commissionned yarnbombing and knitted craftivism-related activities in Montreal, Qc, Ca.